Cameron Diaz pregnant rumors continue to circulate around the world. Even if she’s hailed as one of the most beautiful actresses of her she time cannot escape the sparking buzzes about her being pregnant. After a whirlwind courting and wedding to American musician Benji Madden, the Bad Teacher star said that she is indeed preparing to build her family but did not confirm if the story about her having a baby is true. 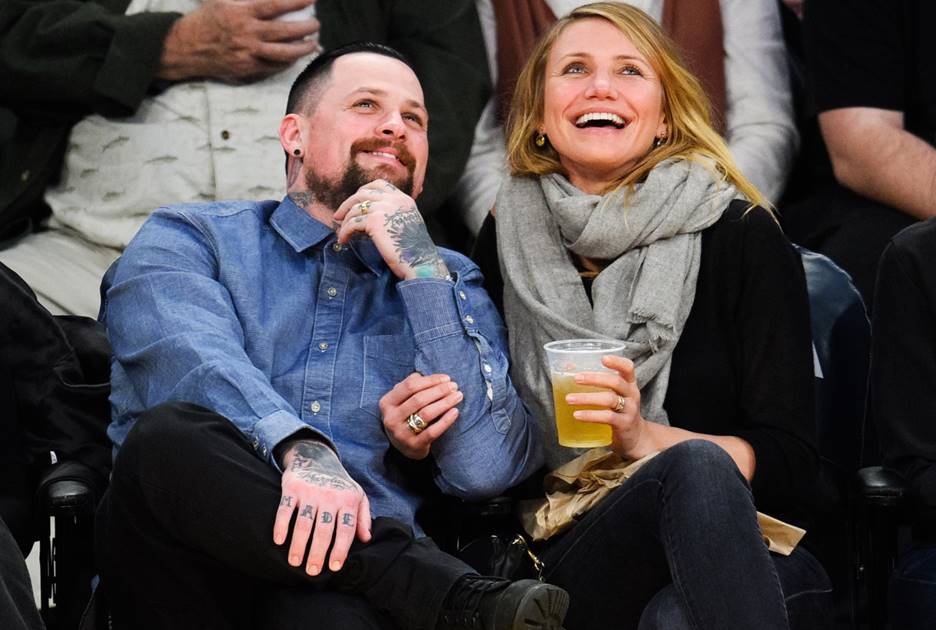 The beaming couple took some time out to watch a basketball game at the LA Staples center between the Washington Wizards and the LA Lakers. They got caught by the Kiss Cam! 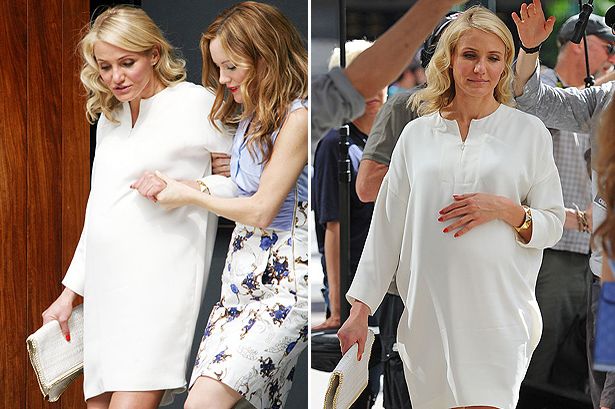 She played various “pregnant mom” roles in movies and fans are excited to see her carry her own baby for real. You cannot deny that she looks stunning! 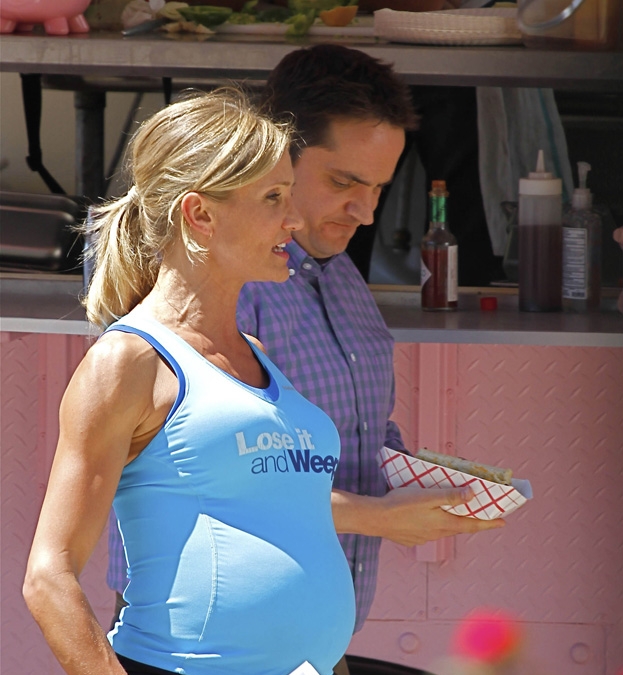 Another pic proves that she is beautiful when pregnant. She played the role of a pregnant fitness guru in the movie, “What to Expect when you’re expecting.” 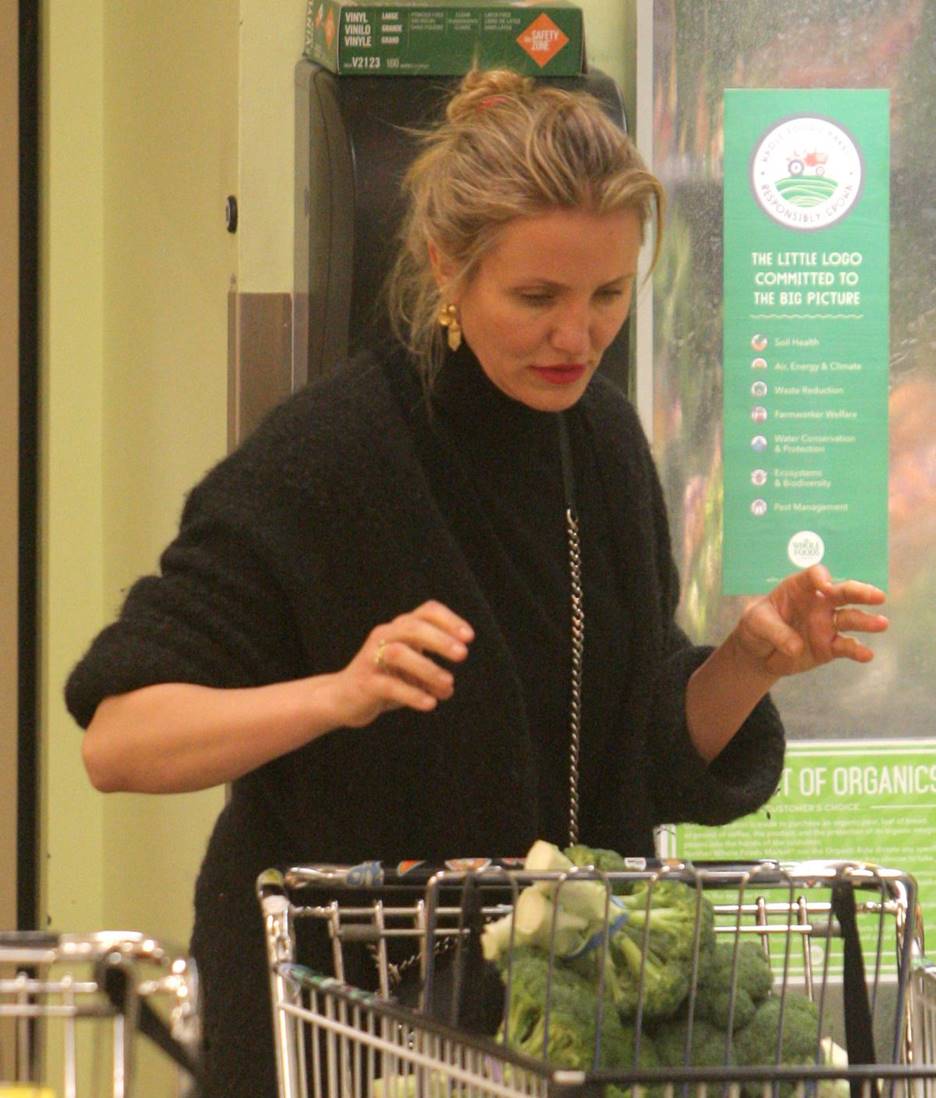 As much as Cameron enjoys being a wife, who do groceries, shopping and other normal stuff, reports say that she is also excited about being a mom. 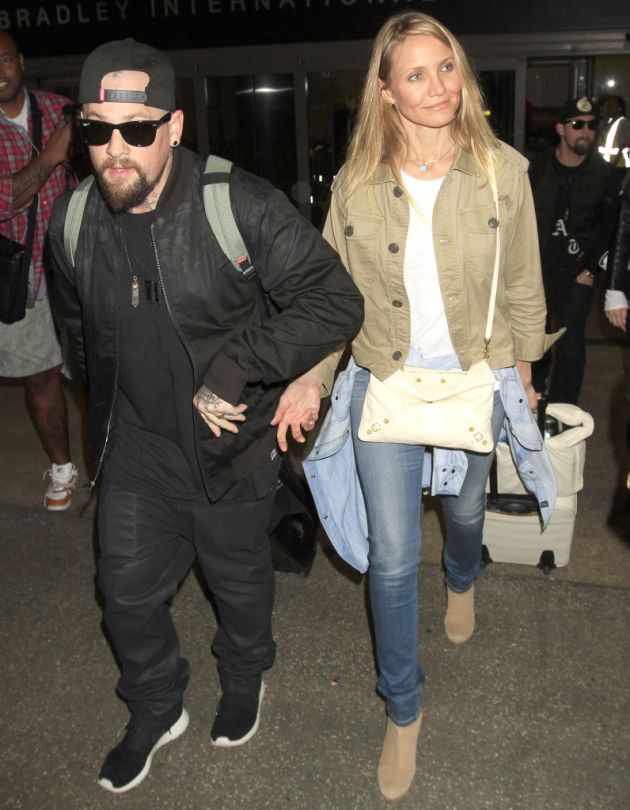 Here the couple arrived at the LA Airport and many fans are wondering if that bag had other purpose other than being a bag. It looks like Cam is trying to hide her baby bump! 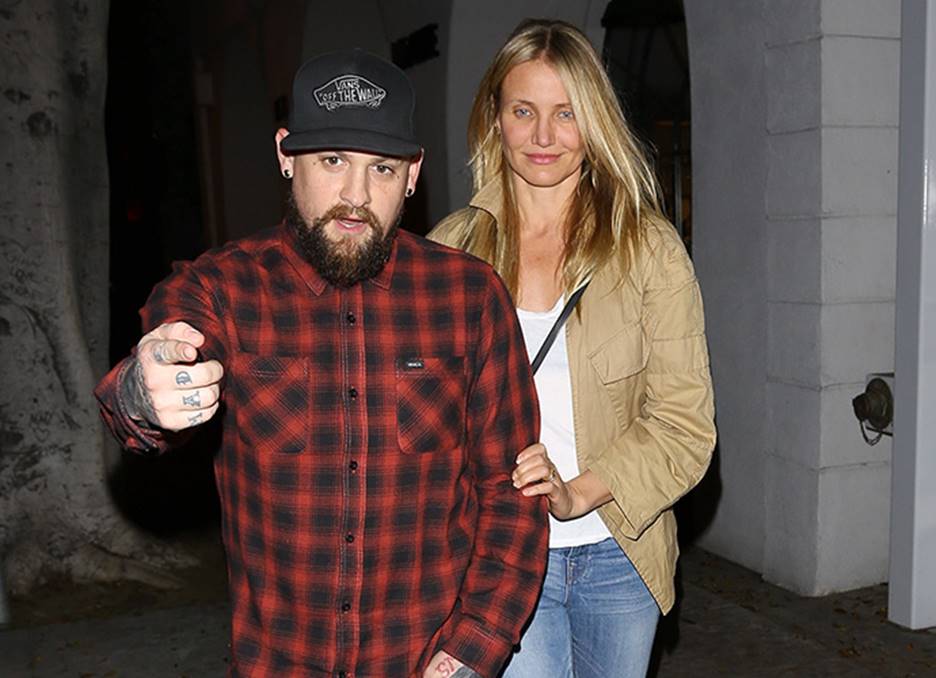 Is she trying to hide her baby bump in loose clothing?  Speculation continues as Cam and Benji are yet to confirm the news. 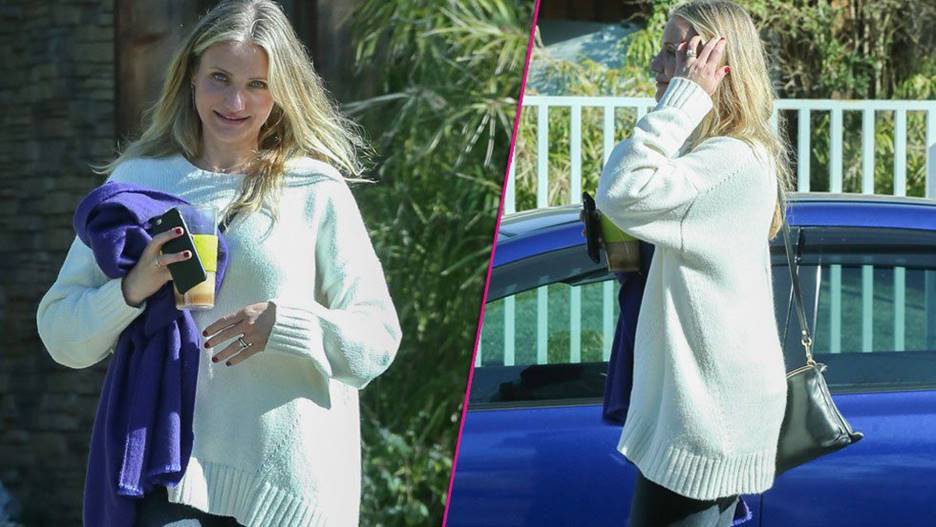 Looking blooming as ever, the buzz about her being pregnant is getting louder than before as she continues to wear fashionably baggy clothes and have that pregnancy glow! 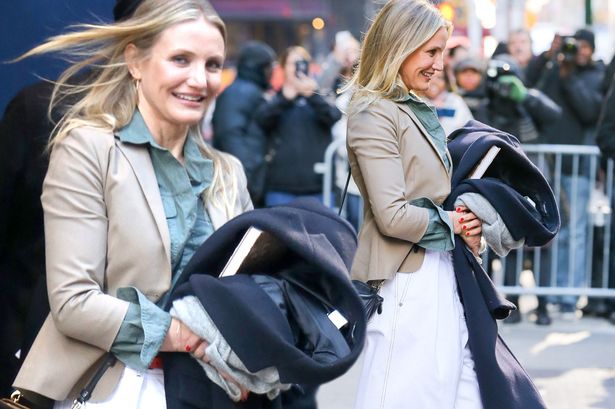 Cameron smiles for the camera at Times Square New York for the “Good Morning America” show. She is spotted covering her tummy with her coat. Is her sweet shy smile a confirmation that she is indeed expecting? 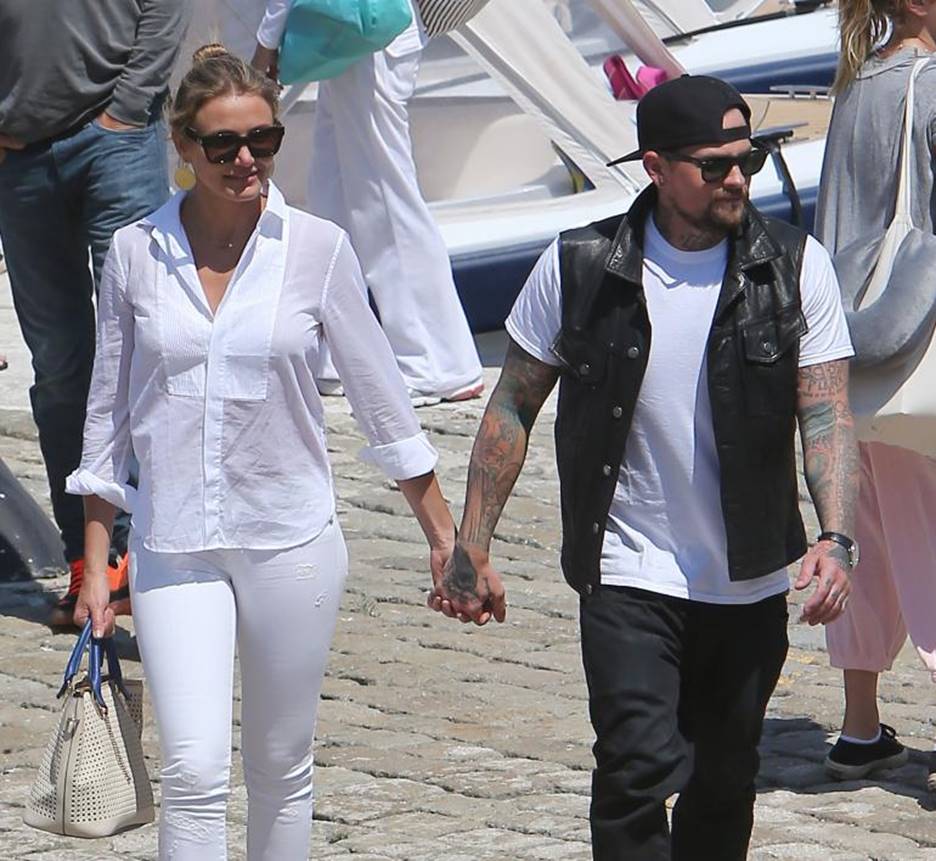 Benji and Cameron, happy as ever, said that will try ways to conceive naturally but they are also open to other options such as IVF. 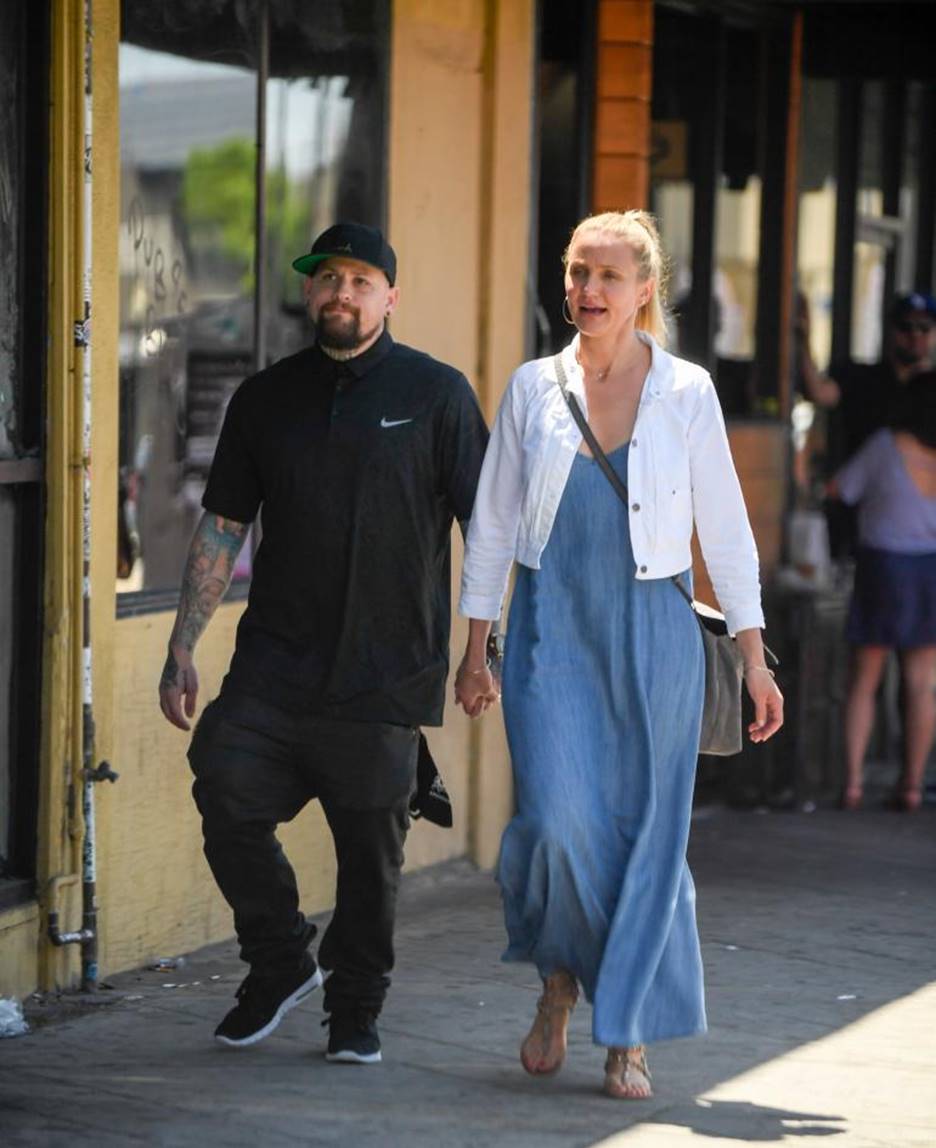 At their age, the couple mentioned that having a baby finally feels like the right thing to do and they do not want to waste any time in building a family of their own.